How much damage can a 6 year-old possibly do? An analysis of the cost of raising a child like Calvin from Calvin and Hobbes

Note: This article has one or more associated corrections. Please click the following links for more details: HTML PDF

UPDATE: Our estimates have now been adjusted for inflation. Please click any of these words for the details.

According to the U.S. Department of Agriculture, raising a child from start to age 17 costs, for those in the middle-income groups, anywhere from $226,800 to $264,600 total[1]. These costs include housing, food, transportation, clothing, health care, education, and other miscellaneous items (such as entertainment, personal care, and reading materials[2].) Missing from this estimate is an explicit approximation of the amount of damage that children can cause (here, damage refers to that of the break-a-window physical kind, not that of the mommy-and-daddy-need-a-therapist emotional kind). Such an estimate would increase the accuracy of the USDA’s estimate and the budgets of new parents, depending on how destructive they project their child to be.

Unfortunately, there seems to be no estimate on the physical damage that the average child causes in one year. In fact, such a dataset does not currently exist, unless some vindictive parent has carefully documented and blogged their child’s every destructive event[3]. While this kind of information is likely not available for actual children, fake (i.e. fictional) children have their lives, by definition, carefully documented. Thus, we may be able to look to any number of fictional children to obtain some estimate on the amount of physical damage they can cause.

Perhaps no other child has caused more damage than Calvin of the comic strip Calvin and Hobbes by Bill Watterson. Calvin is a 6 year-old boy, probably from Chagrin Falls, OH (Watterson’s rumored current residence), with a stuffed tiger named Hobbes. He has an extraordinarily active imagination, which gives life to Hobbes, and is the impetus for Calvin to destroy everything from dishes and lamps to binoculars and garage doors. His life[4] was chronicled in Watterson’s comic strips for 10 years between 1985 and 1995. The goal of this paper is to determine the total cost incurred by Calvin during his comic strip reign, with the rationale that Calvin represents the worst-case scenario in terms of the amount of damage a child can do.[5]

Methods
The Complete Calvin and Hobbes is a four-volume set containing every published comic strip of Calvin and Hobbes in chronological order. I started with November 18, 1985 (the first comic) and determined every instance in which either Calvin (or Hobbes) caused any type of physical damage or it was mentioned that Calvin had caused some damage. For every event, I recorded the date of the strip and the type of damage caused (i.e., if it was a specific item, or was property damage) with a brief description of the circumstances leading to the damage. There had to be an explicit depiction or mention of physical damage in order for the event to be recorded. Thus, any damage possibly resulting from episodes like “the noodle incident” (or its predecessor, “the salamander incident”) were not counted.

To estimate the cost from damaged goods, I searched amazon.com for comparable items, with some exceptions (e.g., Calvin’s Mom seems somewhat fashionable, so when Calvin placed an incontinent toad on her sweater, I looked for a replacement on jcrew.com). To estimate cost for property damage, I used homewyse.com and fixr.com (using the zip code for Chagrin Falls, OH). In the few instances in which a monetary value was given in the comic, I used that value.

Results and Discussion
In total, Calvin caused an estimated $15,955.50 worth of damage over the duration of the comic strip (Figure 1). Damage ranged from a broken glass jar[6] ($2 from amazon.com) to a flooded house[7] ($4,798.83 from homewyse.com). Taking into account Watterson’s sabbaticals (see Figure 1) and the November start to the comics, Calvin caused $1,850.55 of damage per year. For context, the USDA estimates that middle-income families spend an estimated $1,750 per year on child care and education for 6 year-olds. In fact, the amount of damage caused by Calvin would rank 4th out of the USDA’s categories in annual expenditures, behind Housing, Food, and Transportation, and ahead of Education, Miscellaneous, Health Care, and Clothing. However, it should be reiterated that Calvin is presented as a worst-case scenario. If you believe your child does more than $1,850.55 in damage annually, then you may want to consider professional help, alternative forms of punishment, or, at the very least, take away their stuffed tiger.

Figure 1 also clearly shows that Calvin’s destructive behavior decreased steadily over the course of the comic strip. In fact, over half (56.4% to be more exact) of the total damage incurred by Calvin occurred within the first year of the strip’s existence. This might indicate that a troublesome child may become less destructive over time. Yet, time is a tricky property in this comic: Calvin never ages, but clearly goes through seasonal cycles. More likely, this trend is a result of character development. In early strips, Watterson emphasizes Calvin’s destructive behavior to establish Calvin as a mischievous child. Freed from the constraints of defining characters, Watterson later focuses on more complex situations, such as the various uses of a cardboard box[8], elementary school exploits[9], snow sculpture-art metaphors, and waxing philosophically on sleds and wagons. Thus, you probably shouldn’t use Figure 1 as a justification that your child will outgrow his or her Calvin-like behavior.[10]

While Calvin caused damage in every month (Table 1), he did the most damage in January, February, and August (at a combined $11,585.83). Increased damage during these months may possibly be a reaction to the injustice of going back to school after a long break (Winter and Summer vacations). If so, then it is clear that schools should abolish these breaks; money saved from the lack of physical damage can cover the increased tuition costs. 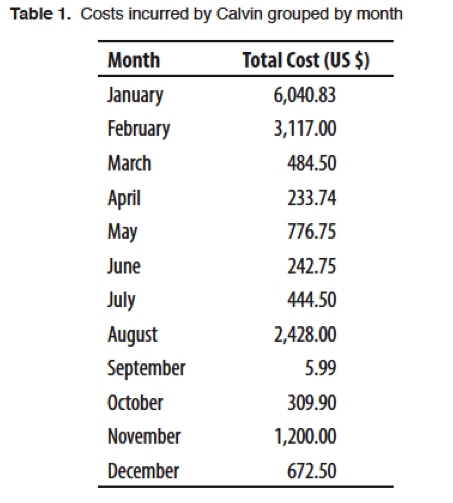 Conclusions
If your little bundle of joy grows up to be a Tasmanian devil of terror, you can expect to pay almost two grand extra per year just in replacing or repairing items. Now, this figure isn’t expected to dissuade prospective parents into having children; in fact, I would question one’s parental ability if an extra $2,000 per year convinces them to not have kids. Instead, it’s meant as an addition to the USDA’s estimate of the cost of raising a child (although even the most meticulously planned budgets are annihilated the minute you bring a baby home). In parenting, you have to take the bad with the good. With a kid like Calvin, it’s probably mostly bad. But even raising a Calvin has its good moments (like here), which are well worth the extra $1,850 a year.

[2] Curiously, reading materials are not included in the entertainment sub-category.

[3] This probably exists, though, on second thought.

[4] Calvin and Hobbes uses a floating timeline, meaning that Calvin and the other characters age very little, if at all, throughout the duration of the strip. In other words, Calvin is always 6 years old.

[6] Caused by Calvin hiding in the top shelf of a closet and scaring his Mother.

[7] No cause is ever given here, but we see Calvin calling his Father from a stepladder within the flooded house. Incidentally, his punishment for this stunt was no dessert. Needless to say, Calvin will go on to flood other parts of the house on 4 more separate occasions.

[8] Transmogrifier, time machine, duplicator (with or without an Ethicator), and cerebral enhance-o-tron.

[9] Calvin’s report, “Bats: the big bug scourge of the skies!” being a particular favorite.

American Civil War Analysis and the Influence of Lincoln » 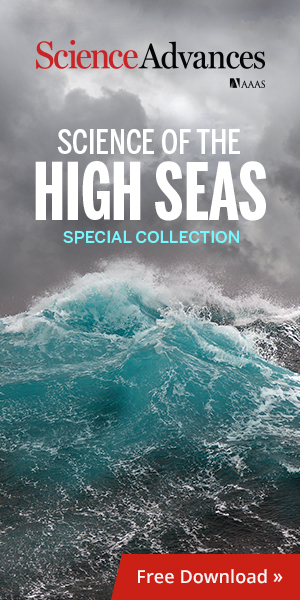